The Daily Beast: Is It a Video Game—or a Better Way to Learn Foreign Languages? 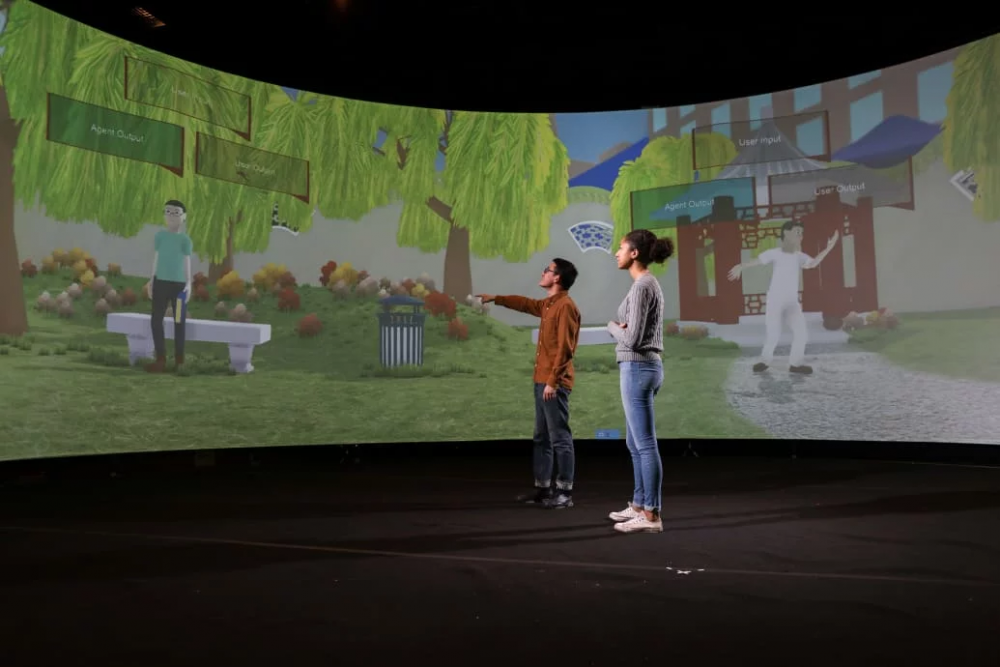 A New York college is using artificial intelligence to give students an immersion experience without leaving campus.

A student stands before a shopkeeper on a Chinese market street. The shopkeeper announces that he has many things to sell, from cake to postcards. The student, who is still learning how to master Mandarin, ponders the selection. Like many people learning a new language, he must consider grammar, pronunciation, and tenses before answering. When it comes to Mandarin—which the Foreign Service Institute of the U.S. Department of State considers one of the hardest languages to learn, requiring a minimum of 2,200 hours of study—that’s especially difficult.

This scene is not actually playing out in China, but at an American university where a classroom has been equipped with a learning game, enhanced by artificial intelligence, that promises immersion into a foreign culture with zero travel required.

The project is the result of a collaboration between IBM Research and Rensselaer Polytechnic Institute, a private university whose graduates include the inventors of the digital camera, ductile iron and the first commercial television. The six-week, four-credit class, called AI-Assisted Immersive Chinese, aims to create the kind of interactions a student could normally only get in a study-abroad program.