NYT: How Technology Is Changing the Future of Higher Education 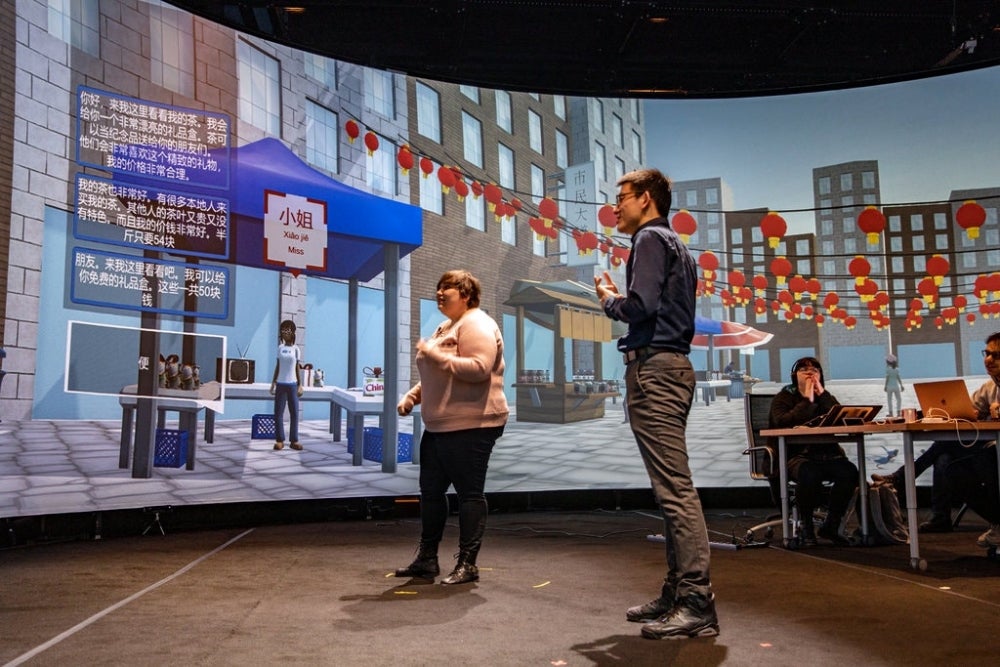 A simulated Beijing in an immersion lab at Rensselaer Polytechnic Institute in Troy, N.Y., where students can learn Mandarin Chinese.

Labs test artificial intelligence, virtual reality and other innovations that could improve learning and lower costs for Generation Z and beyond.

Another harbinger of things to come sits on a hillside near the Hudson River in upstate New York, where an immersion lab with 15-foot walls and a 360-degree projection system transports Rensselaer Polytechnic Institute language students to China, virtually.

The students learn Mandarin Chinese by conversing with A.I. avatars that can recognize not only what they say but their gestures and expressions, all against a computer-generated backdrop of Chinese street markets, restaurants and other scenes.

Julian Wong, a mechanical engineering major in the first group of students to go through the program, “thought it would be cheesy.” In fact, he said, “It’s definitely more engaging, because you’re actively involved with what’s going on.”

Students in the immersion lab mastered Mandarin about twice as fast as their counterparts in conventional classrooms, said Shirley Ann Jackson, the president of Rensselaer.

Dr. Jackson, a physicist, was not surprised. The students enrolling in college now “grew up in a digital environment,” she said. “Why not use that to actually engage them?”